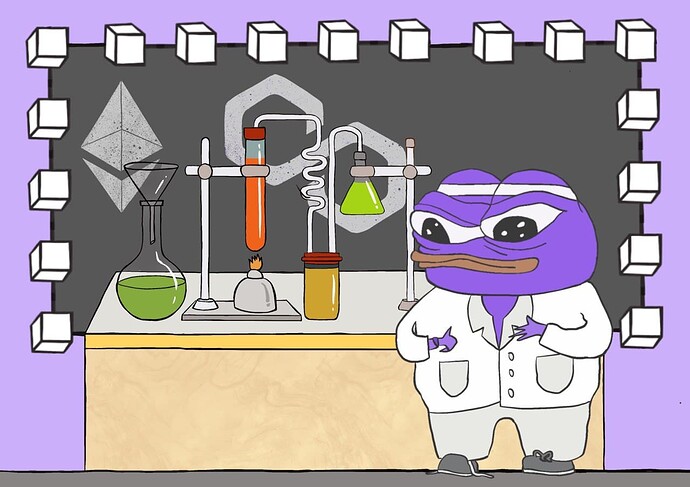 I address an invitation to the whole community built on Polygon and to Polygon itself.

As a researcher in Polygon, I follow the evolution of new trends and interests that projects and communities express daily through forums, chats, and building new projects. Some of these trends are fleeting and short-lived while others, though perhaps also passing fads, have the potential to be transformative and evolutionary elements in web3 space. The topic that has been gaining ground lately is decentralized science (DeSci).

DeSci is the application of blockchain technology to various aspects of scientific research to make it efficient, accessible, transparent, and censorship-resistant.

There are many problems with traditional academic research, but some of the most significant ones are the exorbitant publication costs, lack of an incentive structure for researchers and reviewers, inefficiencies due to bureaucracy in research funding, and the lack of transparency.

The high cost of publication and access to research papers through expensive subscriptions are major obstacles for many established and potential researchers. Some well-established and reputed journals charge more than $10,000 to publish a paper. This means that only a small number have access to the latest research which can limit the dissemination of new knowledge.

Another problem with such centralized journals is their lack of bandwidth, and opacity when it comes to peer-review. The peer-review process, in which research is vetted by other experts in the field before it is published, can take months or even years. This slow pace means that new discoveries may not be available to the public in a timely manner.

What if the researchers can directly publish their findings on the decentralized ledger, peer-reviewed transparently by arbitrarily selected reviewers in the world without involving a third-party journal?

Apart from this, the process of traditional research funding has its own inefficiencies. It’s not easy to get funded for your revolutionary idea if you don’t have established connections with the people at the top of the hierarchy. And even if your proposal somehow gets accepted, it takes a lot of time (months, and sometimes years) to get it processed. It effectively kills the researchers’ motivation and interest. On the other hand, some of the DeSci protocols have been able to solve this problem of research funding using decentralized ledgers.

Even though the list of problems extends to infinity, DeSci has the potential to solve a lot of them. Anyone can contribute to the research process, which can be attributed to the decentralized and censorship-resistant nature of blockchain. This research process can be conducted at a cost much less than traditional research. Additionally, the use of smart contracts can increase efficiency, and help automate a lot of procedures. And finally, the transparency of the blockchain can help to ensure that research is conducted in a transparent and unbiased manner.

The DeSci topic, however, is scarcely debated within the main communities built on Polygon and in the Polygon DAO and I would like to know if there is an interest, coming from the community itself, to engage on this front.

I imagine that the approach can be more or less “engaged” and “engaging”: starting from a channel on discord and on the forum, and then arriving at real support for DeSci themes by the DAO and Polygon itself.

I await feedback from everyone, thanks for your attention.

I love the idea of pushing more DeSci content through the DAO and attracting and supporting more DeSci projects and researchers on the Polygon ecosystem!

the idea itself is very interesting, but that said, everything looks nice. W Polygon

I think this is a budding vertical that would be great to grow within the ecosystem!

I am a university teacher in a Computer Science School. I completely agree with the problems described above about publishing and reviewing articles in journals, as well as the issues about funding. Same applies to the lack of transparency in the research process (and results!).

Other than that, I have been working on online labs (educational or research lab equipment that can be operated remotely, through the Internet) for the last 13 years. Here, there is a great potential to apply blockchain technologies. I can think about two particular aspects:

I have actually started working in all this by myself a few months ago, and more recently, with one of my Ph.D. students. However any contribution is most welcome and I’d love to count with more people to work on this, apply for Polygon grants, etc.

Decentralization over centralized control of research institutions and public funding bodies, That is definitely a push through, And operating it via DAO is an eventually full graph of decentralisation. Great !!!

Indeed it’s a great idea to support the researchers.

There are many students and professors who leave their research due to a lack of support. This will help them to discover or build something great.

Just to say hello from GenomesDAO. We are a DeSci project that has been building since 2018, when we went through Joe Lubin’s Consensys Accelerator. I personally am very interested in web3 applications of DeSci as the founder of a web2 academic publishing platform called Figshare.

In January, we moved from mainnet to Polygon and are looking forward to being a part of this pillar!

You can read more about our current aims here:

Or jump into the discord at https://discord.gg/genomes

This is awesome! Cannot wait to see what a DeSci Future on Polygon will look like:)

Erik here from DeSci Labs. I’m a huge fan of the polygon network and am excited to see the DAO moving into DeSci. The problems in science are serious and represent a major drain on human progress. DeSci has the potential to be that Web3 native tech stack behind open science.

Just a little bit about DeSci Labs:
We are a development focused team building out the Web3 native unit of knowledge. Through a better, technologically native system for science, we can true freedom for knowledge, and fair treatment of scientists

Here’s a great podcast with the founders which explains the problems in science: Spotify
You can see our demo here DeSci Nodes Demo @ ETHAmsterdam 2022 (DeSci Labs) - YouTube
Join our discord through this link: DeSci Labs Product Community
Our website has more information on the Team, products and roadmap if you’re curious: https://desci.com/

Awesome! GenomesDAO gets my hoot.

Great topic OP! There’s definitely a lot to do in this sector and blockchain technology is the obvious path to lead the revolution needed. We need to engage the community to focus on this crucial topic.

Hey! My name is Andrew, I’m one of the founders of HairDAO: https://www.hairdao.xyz

Would love to answer any questions anybody may have about DeSci. TL;DR why we’re focused on solving hair loss: Centralized capital allocators (big pharma) have underinvested in solving hair loss b/c it’s not covered by insurance. Yet, the hair loss community is desperate for better solutions.

The DAO structure allows our community to pool labor + capital to increase funding of the most promising companies and research studies in hair loss.

Join our Discord here if you’re interested helping us find a solution! HairDAO

At Vibe Bio we’re creating a DAO composed of patients, scientists, and partners to identify, fund, and develop promising treatments for rare diseases. We believe that giving patients unprecedented ownership over the drug development process will increase the number of new therapeutics brought to market while increasing transparency over capital allocation decisions and improving efficiency through economies of scale.

We’ve announced partnerships with two patient advocacy organizations — NF2 BioSolutions, and Chelsea’s Hope — with many more on the way. Our experience so far indicates that drug development experts are thrilled to participate in a patient-led, mission-driven organization. 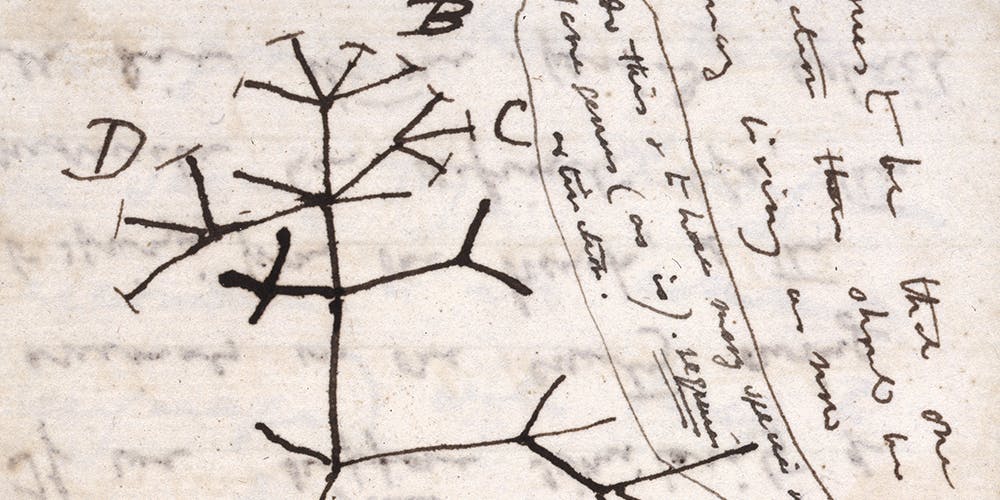 At the heart of LabDAO is the idea that a community-operated open-source marketplace protocol for laboratory services could 1) accelerate progress and 2) generate a dynamic knowledge graph for biomedicine, where the receipts of past transactions... 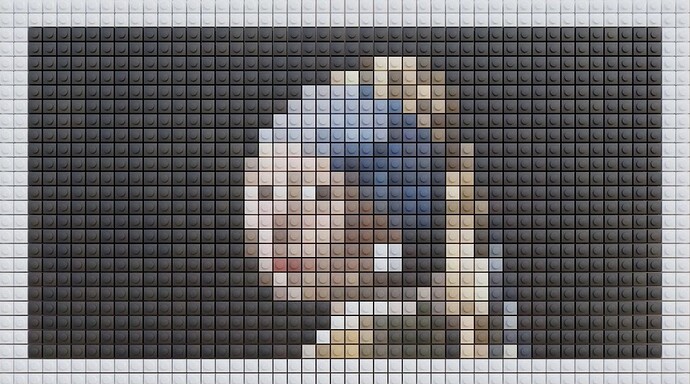 Holonym is A Versatile Identity Layer for DeSci dApps

Great post. I literally made an account just for this! As someone with a Ph.D. and 5+ years of research/teaching experience, the DeSci could not come sooner! I know I am new here, but I’m 100% ready to back this project as much as possible.

On top of all that was said in the main post, the current peer-review process is often slow and manual, with reviewers having to track and manage their reviews manually. Just imagine a decentralized system where reviews are timestamped and stored on a public ledger. This would not only speed up the process but also make it more transparent and credible - we all want that the scientific work being done is legitimate and has been adequately vetted.

I’ve been also thinking about how to leverage the public ledger for academic knowledge dissemination, especially for the improvement of social epistemic conditions.

If we change the paradigm of our age from information to reputation we can see that we can bypass the need for in-depth substantive interaction with the news and information (i.e. this would require a qualitative jump where near everybody has a perfect reflective equilibrium); because, if we live in the reputation age, all that matters is the reputation of the source and thus a public ledger can be conceived as a supporting tool for giving credence to various information sources.

Really interesting idea. The blockchain can/will revolutionise every sector. Including science.
Polygon DAO should establish a framework for this.

Ethics must also be put in science. If you give uncontrolled free scientific information to all these they can also include dangerous situations: giving knowledge for the development of conventional and bacteriological weapons to anyone.

You are exaggerating by giving a dao ethical and security issues

It’s not a game, it’s not just creating a new Wikipedia
Think before you start something that once you start you can’t stop it.

And for that, I say no To this project

And I invite everyone to reflect. What if there had been this project with a dao available during atom research in the 1940s?

(And Without forgetting copyright)
Ps: sorry, for my English.

For sure, this probably MVP In 5ish years

The European Union already has a strong politic on publishing scientific results through open access channels (whether they are open access journals, online free repositories or other means). Therefore, enabling acces to these results through a DAO doesn’t increase any risk of information ending up in the wrong hands. At all. Not to mention, restricting access to certain information also has its own problems: who should decide what information should be restricted and for whom?

Also, there are a lot of different things you can do when you consider applying DAOs and blockchains to science. I think no one should vote against working in any of them only because they don’t like one or two particular applications of the whole picture.